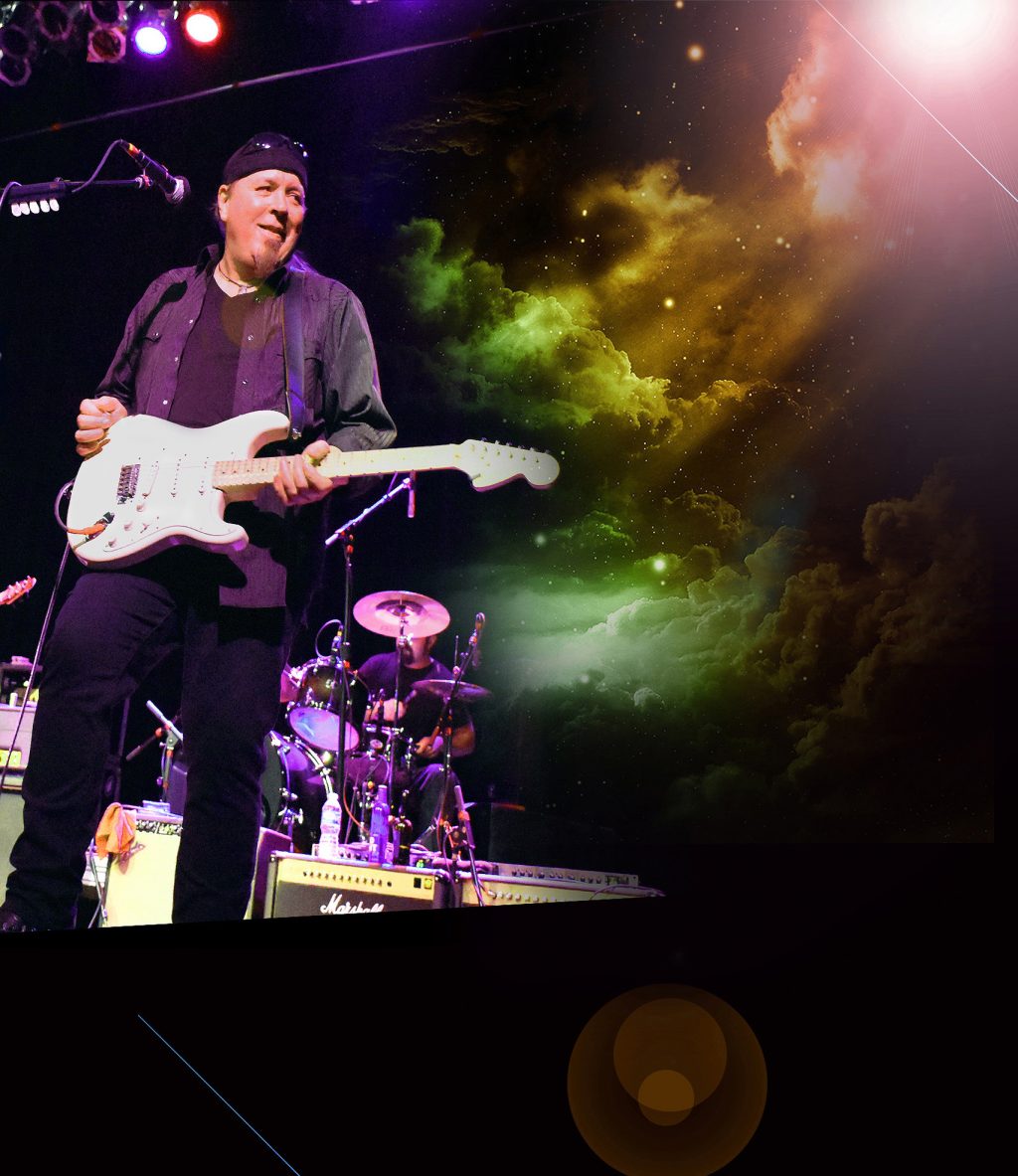 Jay Jesse Johnson is an American blues-rock guitarist with more than 40 years in the music industry and has recorded on 28 albums, including 7 solo albums. Born in Liberty, Indiana, Johnson grew up in the 60’s, influenced by American Blues, Soul, Rock & Roll and the music of the British Invasion. He started playing guitar at the age of 10 and was soon performing at school dances, and venues around the Midwest.

After high school, Johnson hit the road to the East coast where he began gigging in the New York/New England music scene with the CT based band “Cryer”. Recognized for his powerful guitar work, he was soon playing on many studio recordings.

In 1983 he was featured on the ArcAngel album (CBS/Portrait Records) and appeared on MTV with the band’s hit single, “Tragedy”.

In 2004 Johnson released his first solo album,”Strange Imagination.” It was followed by “I’ve Got An Axe To Grind” (2007) which featured Charlie Huhn from Deadringer, along with Bj Zampa (House Of Lords, Dokken) and Matt Zeiner (Dickey Betts). In 2009, his third solo album, “Play That Damn Guitar” was released on Grooveyard Records and was featured on Classic Rock Magazine’s CD, Blues Breakers, “The Hottest In New Blues Rock.”

Executive producer Mike Varney signed Johnson to Shrapnel Records in 2012 for the release of “Run With The Wolf,” which was also featured on the UK’s The Blues Magazine CD, “Cats Whiskers, Best of Contemporary Blues.” While working with Shrapnel Records, Johnson also recorded with the Blindside Blues Band on the album “Generator” and later joined them for a series of shows in Europe.

In Sept. 2015, Johnson was featured with Robert Cray, Canned Heat and Joe Bonamassa on another The Blues Magazine CD release, “In Safe Hands” (The Next Generation Of Blues Superstars). It includes Johnson’s tribute to the great artist’s from the lone star state, “Ghosts In Texas”.

In 2016, Johnson was featured on “Shrapnel Records Presents The Best Of Modern Blues” with his version of “Rollin and Tumblin” along with guitar icons Leslie West, Pat Travers, Neal Schon (Journey), Michael Schenker, Eric Gales and others.

2012 The Sound of Guitar Rock–Best Of Vol. 1 (Grooveyard Records)

2013 The Cats Whiskers–Cream Of Contemporary Blues (The Blues Magazine)