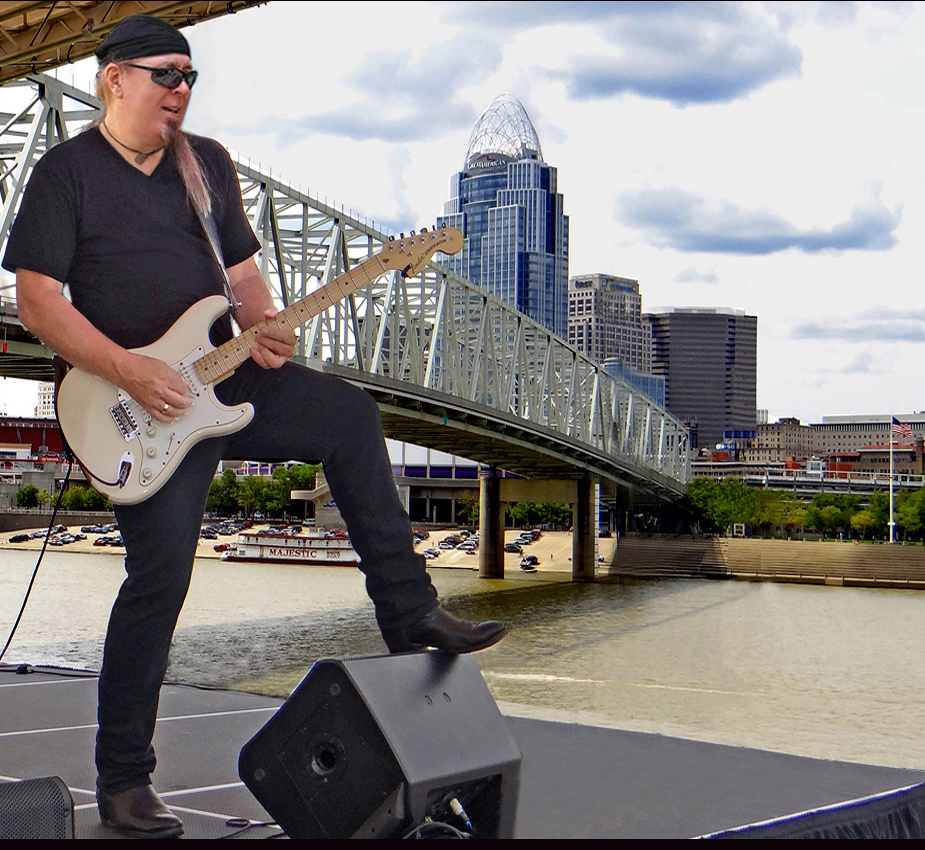 “Guitar lovers will be delighted again with the ripping and blistering strings of the American guitar virtuoso.” – Walter Vanheuckelom / Concert Monkey, Belgium (April 2022)

“Johnson’s guitar not only sings, howls like a wolf and moans to the rhythm of JJJ, but also tells the stories…the perfect icing on the cake.” – Jose Carlos / Blues Rock Review (April, 2022)

“Johnson’s blend of phrasing and chops borders on perfect and gives him a strong identity. Guitar fans looking for new music that pushes the idea of blues/rock forward will find a lot to like about JJJ.” – Mike O’Cull / Rock And Blues Muse, Los Angeles, CA (Feb. 2022)

“Johnson definitely belongs in the record collection of every blues rock lover, an absolute must in the field of blues rock music’ – Peter Marinus / Bluestown Music, Netherlands (Feb. 2, 2022)

“Of all the bluesmen out there, Jay Jesse Johnson is one whose touch and tone sets him apart. This is a guitarist who can hit hard, he can slide and glide and he can soothe and caress. Johnson is a man who also possesses a true blues voice, full of story, full of character, full of good times and dripping with authenticity.” – Steven Reid / Sea Of Tranquility (Feb. 2018)

“Strat slinger Johnson hits all the right notes on this collection of modern throwback blues. Whether sliding or fretting, his deep tone calls forth the masters, from SRV to Gibbons, but his songs are all his own.”
-Michael Dregni / Vintage Guitar Magazine  Vol. 32 No. 03 (Jan. 2018)

“In a world rife with shredders, it’s a treat to listen to someone like Jay Jesse who remains faithful to the root amid the musical flames he produces…guaranteed to blow the windows out of any roadhouse.”
–Marty Gunther / Blues Blast Magazine (August  2017)

“Jay Jesse Johnson is a guitar slinger of the best kind. Fans of guitar-driven blues rock can fully indulge themselves with the new CD ‘Down The Hard Road’. For anyone who loves guitar violence in a blues rock album…the guitar work is excellent”.
–Jos Verhagen / Blues Magazine, Netherlands (August, 2017)

“Red hot and flawless…one of the most bodacious guitar players around”.
-Phillip Smith / Phillycheeze’s Rock and Blues Reviews (Dec. 2015)

“Johnson not only proves his guitar prowess but whips up a healthy dose of toe-tapping groove that makes each song a memorable treasure.”
-Todd K. Smith / The Electric Beard (Nov. 2015)

“Johnson has honed his craft while making classic records…his 5th release “Set The Blues On Fire” does just that with his Hendrixy, funk-blues rock.”– The Blues Magazine / UK ( Sept. 2015)

“Jay Jesse Johnson can play like the devil. Listening to this recording you can feel the “polished grit” throughout. A musical high for sure.”
-Tony Sison / The Dedicated Rockers Society (Aug. 2015)

“Jay Jesse Johnson has distinguished himself as one of the premier guitar-slingers of the modern era.” – Steven Rosen (Author/Journalist) (August 2015)

“The cream of contemporary blues music. “Johnson is at his hard driving best.”
-The Blues Magazine / Issue 6 (April 2013)

“Jay Jesse Johnson is a Strat Cat. He burns up the frets with liquid-fire licks and eruptions of electric riffery at every stop. His deep, smoky voice is smooth like Gentleman Jack.”
– Jim Kanavy / Blues Blast Magazine (Jun  2013)

“This is a modern day blues master keeping the spirit of the dearly departed alive and well…Illustrating what tremendous touch and tone he manages to get out of his guitar.”
– Clive Rawlings / Blues Matters Magazine (May 2012)

“Blues fans and guitar-oriented music lovers are always looking for a CD that cooks from top to bottom. Jay Jesse Johnson has created an over the top product that will resonate loudly among blues rock enthusiasts.”
– Mike Varney / Shrapnel Records-Group (Aug.  2012)

“When you christen an album “Play That Damn Guitar” there is a certain pressure to prove that you’re not a sausage-fingered Fender- fumbler. Indiana gunslinger Johnson passes that test – he’s a gloriously fluid axeman.”
– Henry Yates / Classic Rock Magazine (Feb. 2011)

“Jay Jesse Johnson reigns supreme on the guitar and proves that he is the real deal”
– Joe Romagnola / Grooveyard Records (March, 2009)

“One of the most powerful and electrifying guitarist you will ever hear.”– Duke James / LA’s The Place Magazine (March 2009)